Encourage competition between your players for high scores

UI considerations:
When implementing Leaderboards for your game your UI team should consider implementing:

A UI Widget:
The goal of a UI widget is to surface the competitive information to a player and give the means to access the Leaderboard list. The Widget should be small enough to fit on a main menu or pregame screen.

The Leaderboard Configuration panel will open. 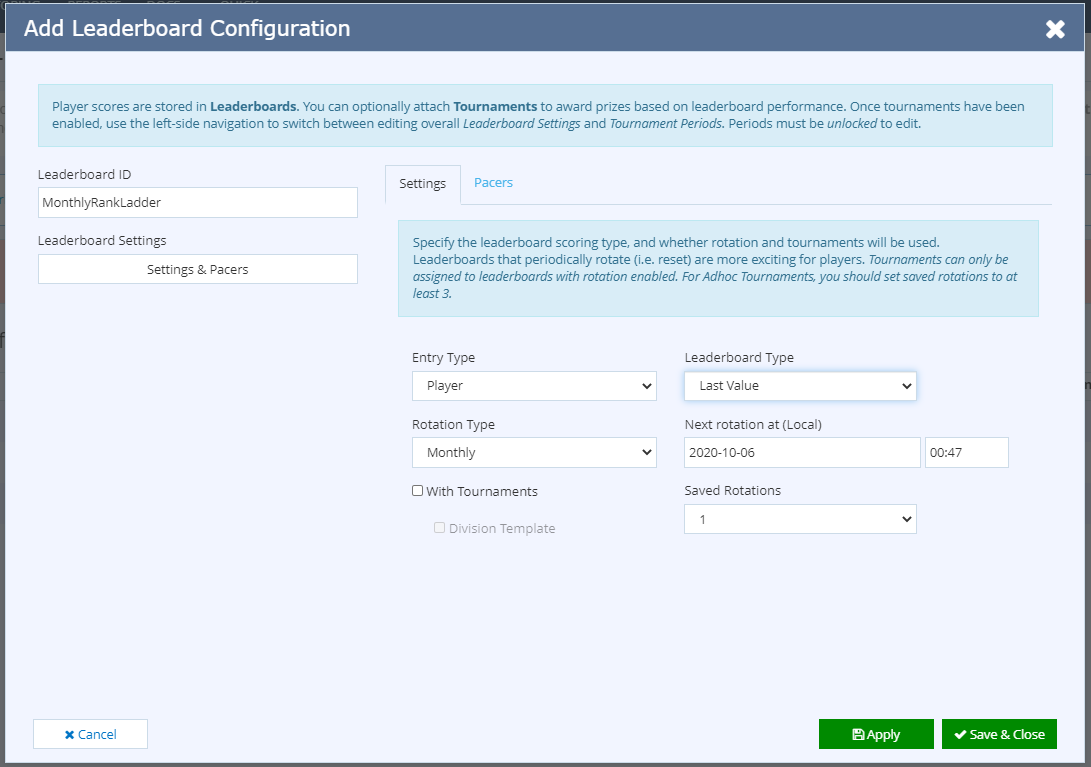 Player - This is the most common selection and allows your players to directly compete based on the scoring metric you define.
Group - If your users will be assembled into groups the leaderboard can be configured to aggregate their results into a group score. This is excellent for tournaments with scoring conditions like Cumulative Wins over a weekend.

If you select a rotation type that is recurring, then set,

Indicate the number of rotations to save
In the case that a participant competes but does not return to claim his prize, this setting controls how many tournaments must pass before the user's payout is abandoned. A good value is 3.

If this Leaderboard will be used in a Tournament, Check the With Tournaments checkbox. This will make it available to be set in the Tournament Template panel. This will add a Tournament Periods tab to the panel.

If this Leaderboard will be used in a Tournament with Divisions (Advanced), also check the Division Template checkbox. This will make the Leaderboard visible in the Division Set Configuration menu.

If you have configured Pacers in Design | Leaderboards | Pacers and you wish to add them to this leaderboard, select the pacers tab.

Enable the pacers you wish and set the scores they will display for this leaderboard. 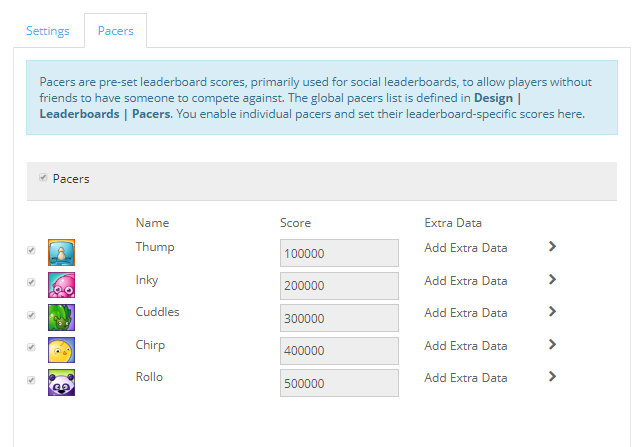 Select [ Apply ] to save your changes. 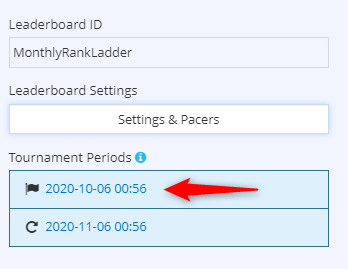 After selecting the date, a small lock icon will appear on the right. Click to unlock it. 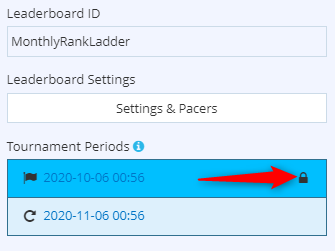 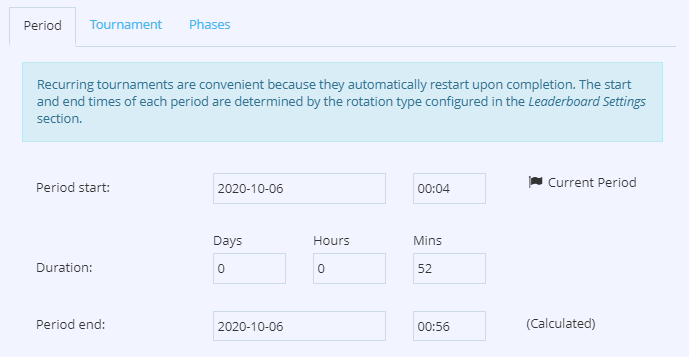 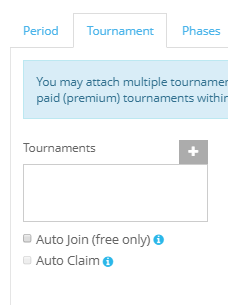 Select the [+] in the Tournaments widget. Select a Tournament Template from those you have configured for this project.

If your entry cost is free, you may choose the Auto Join checkbox. This will automatically add users as soon as they post a score event to this leaderboard.

The auto claim is a convenience feature provided to developers that automatically awards Tournament prizes to players upon login. This makes it easy to establish Tournaments for games, however, it does not inform the player of why they got a payout. Not informing the player the reason for the boon limits the sense of pride and accomplishment the player will feel for demonstrating mastery in the game. For this reason, it is recommended that apps only use this as an interim feature while the UI team develops a payout dialog that triggers on login and declares the reasons for the boon. 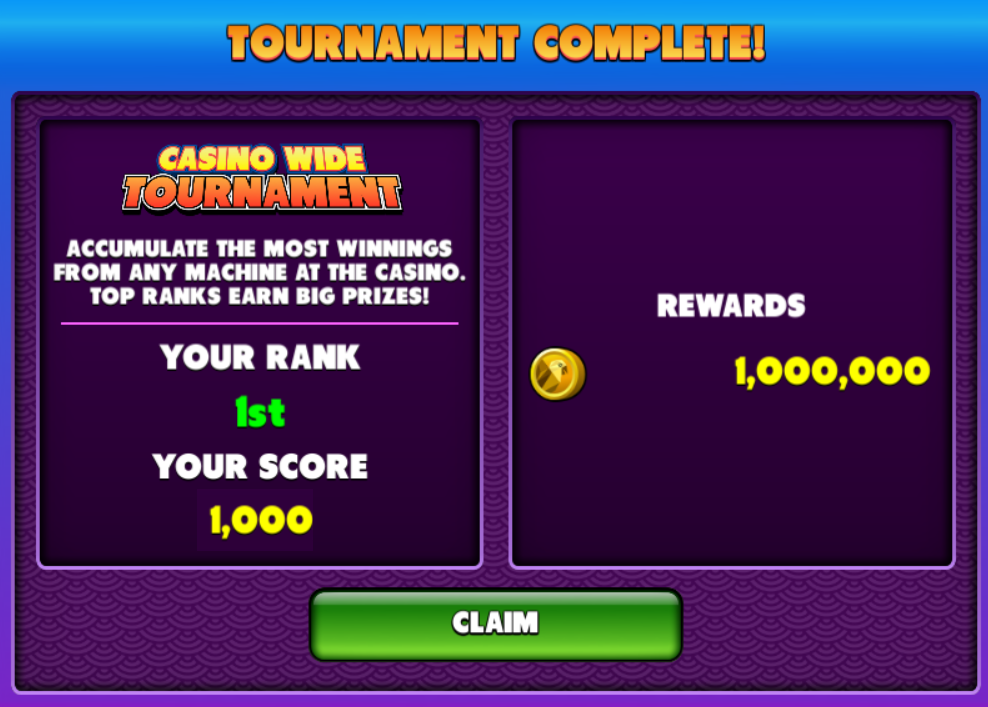 Use the (i) to view additional information on the definition of each phase.

After making changes, it is advised to click the refresh button to display fresh Day/Time data for your analysis. 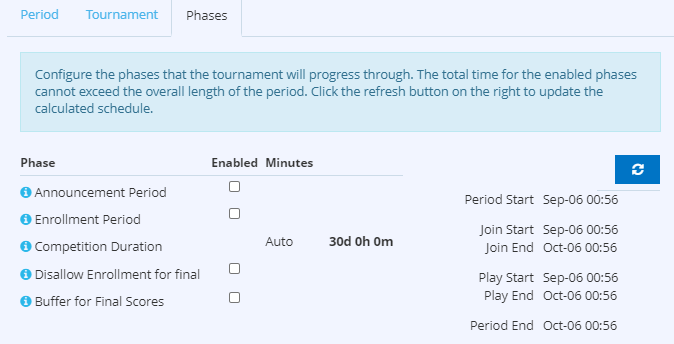 When done, click [Apply Period Changes], then select [Save & Close].

With a leaderboard config, you will want to query those items and post scores to them with your app.

In your client code