Set up tournaments to run with small batches of players

Division Set - a set of rules for instantiating Division instances, which are Leaderboard instances of a specific configuration and number of players.

Divisions make tournaments more engaging by restricting the number of players to compete against - thus increasing the chances of winning a prize. Each individual division is called a Division instance. 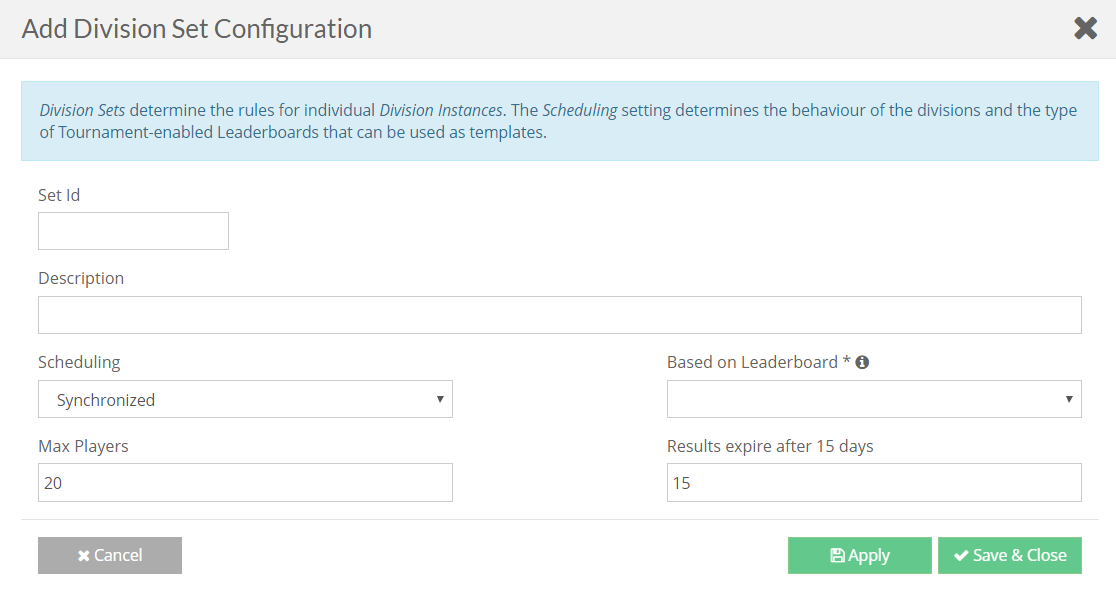 Division set id is an identifier for the division instance to use. Normally it combines letters and numbers to distinguish each other.

Enter a useful description for this Division. It may be useful to mention the Leaderboard Configuration for which this Division is rigged.

Scheduling tells the system when the app should launch a competition for a given Division.
Synchronized (recommended): For synchronized tournaments, configure as recurring rotation - daily, days, weekly, monthly. Assign the Tournament Template to the current period.

Floating: For floating tournaments, configure with recurring rotation as well. Rotation start will be adjusted as each new division is created.

Defines the maximum number of players in a Division.

Pro Tip: Since the benefit of Divisions is to make victory seem more tenable, setting this number to comfortably small group size is recommended. Consider values from 10 to 30. There is no technical restriction to setting a bigger group size, but it will affect how often your Divisions fill up, which may affect how long your users must wait to compete. 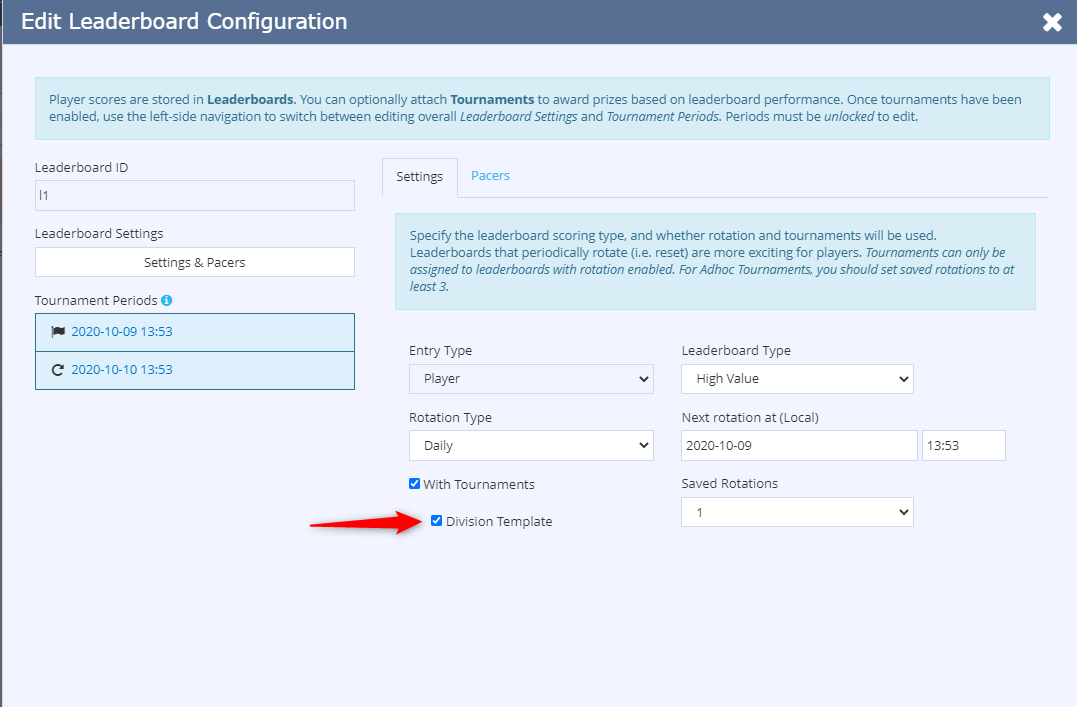 Determines how long a user has to login to claim a prize before payouts are abandoned. (i.e. how long to keep the tournament data around after completion.)

Pro Tip: A value of 15 days is a generous grace period for most Division based Tournaments.