All Collections
General questions
How to specify range rank in tournament reward?

How to specify range rank in tournament reward?

Specify the prize structure on the Prizes screen of the Tournament template.  For example, you'd use the second option - "Rank up to" and enter the positions - 10, 20, 50, etc... 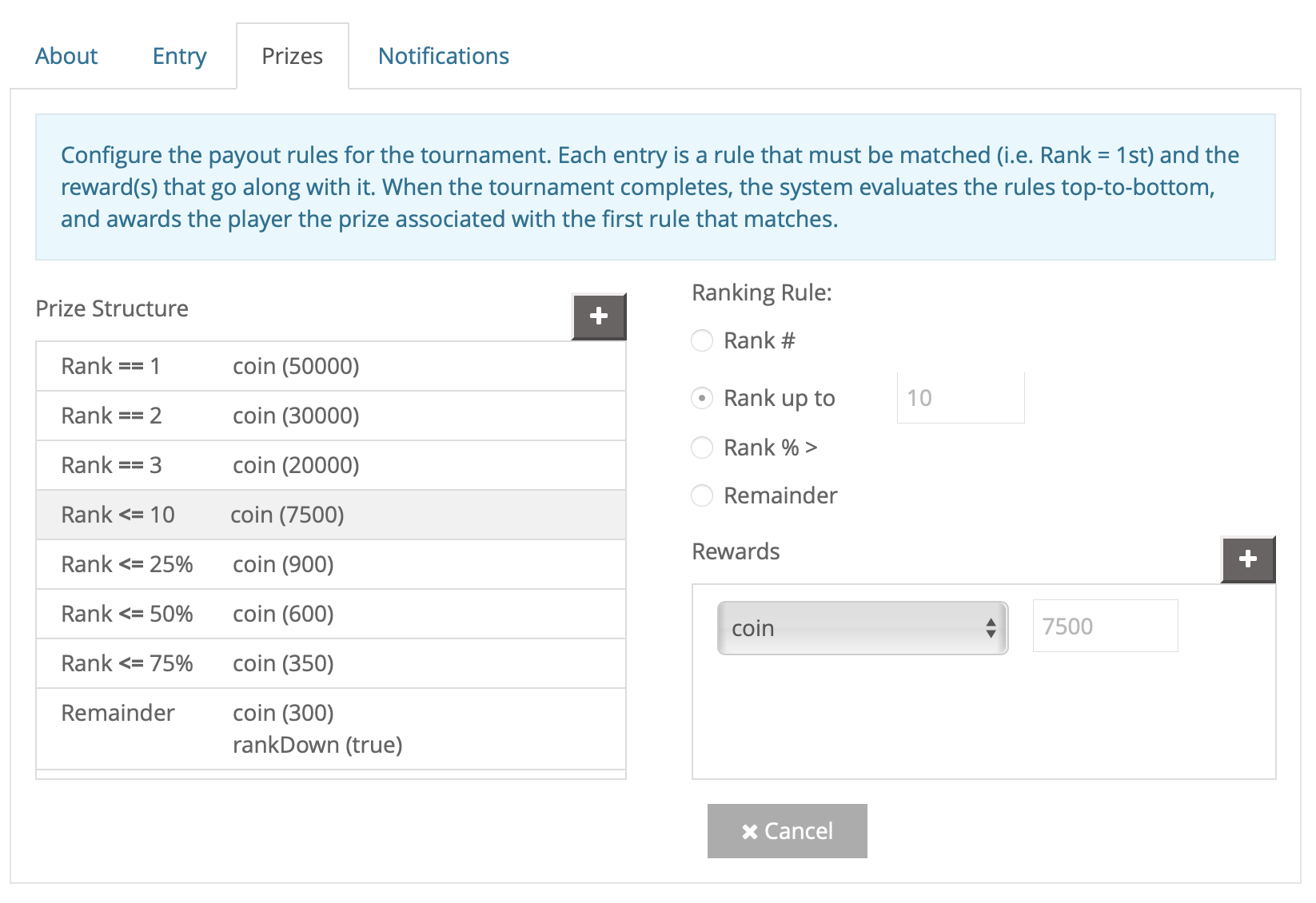 Any changes that you make to tournaments will repeat in the future. Normally, you make changes to the future / recurring period, so that the tournament that is currently active is not effected. This is because you don't normally want to change the tournament rules out from under players who have already entered the tournament. 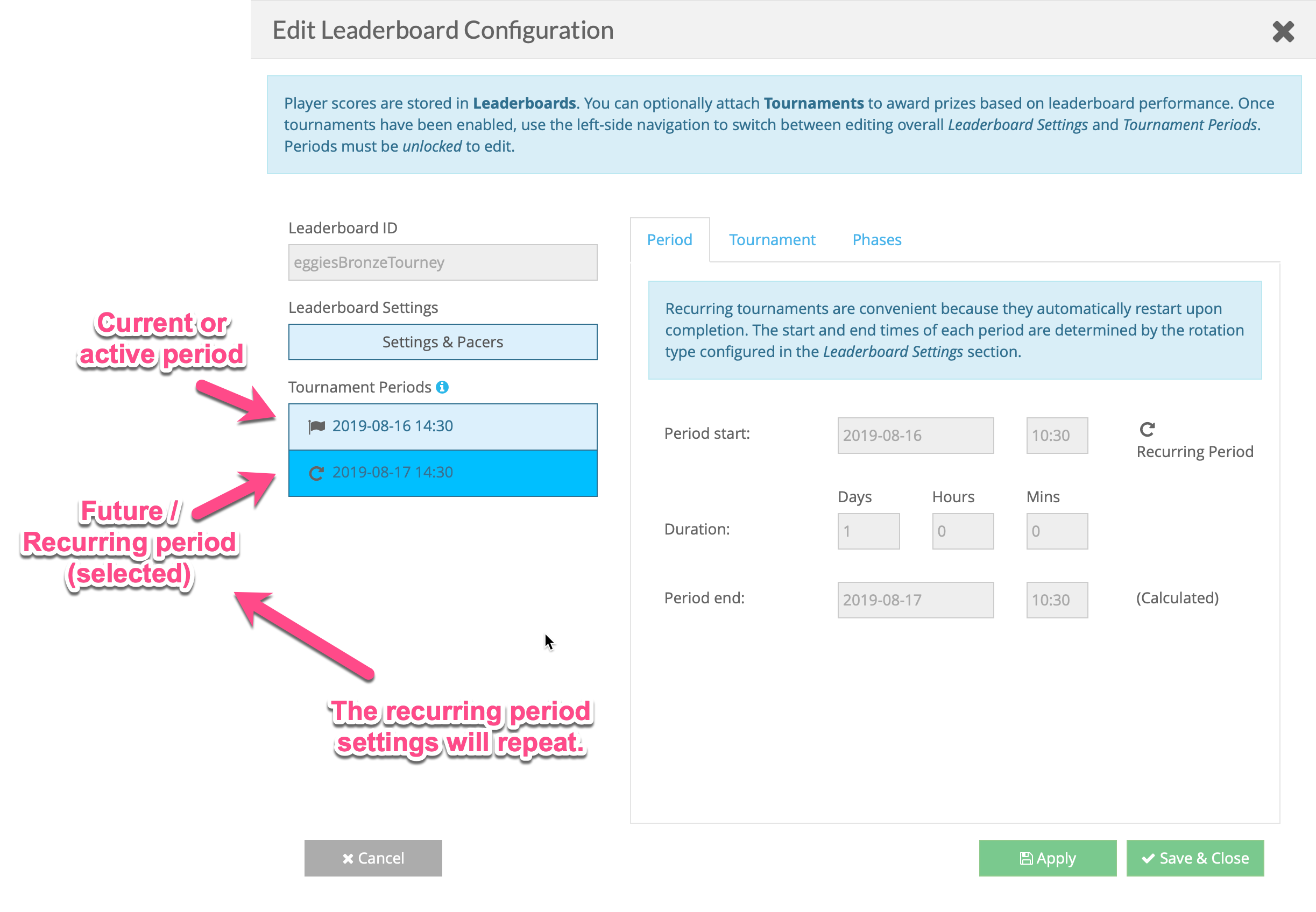 Divisions allow you to subdivide tournaments into smaller, more intimate groups. Note that these subdivisions are arbitrary - they aren't like division tiers (bronze, silver, gold tournaments for example). Division Tiers are very supportable in brainCloud - but are implemented manually by devs - since the rules for promoting / demoting users are custom to the game.

To use Divisions, you configure a special type of Leaderboard called a Division Template. The leaderboard template would be configured with tournaments associated with it. There is a special API used for joining division tournaments (and keeping track of which division instances a user has joined). Otherwise the API leverages the standard tournament API.

The description of the methods in the Tournament API - https://getbraincloud.com/apidocs/apiref/#capi-tournament.  See the Division sections.