brainCloud allows developers to write custom Cloud Code routines in JavaScript, that reside and run on the brainCloud servers, allowing execution of code more securely and efficiently than if it were run client-side.

Communications with the brainCloud APIs are facilitated by a bridge object that is available from all scripts. The bridge allows you to retrieve references to service proxies that allow you to make API calls into brainCloud. These service proxies are organized in alignment with brainCloud's API Modules.

Advantages of Cloud Code scripts include:

Cloud Code scripts can be called from:

Note: There are three types of callable options for script: 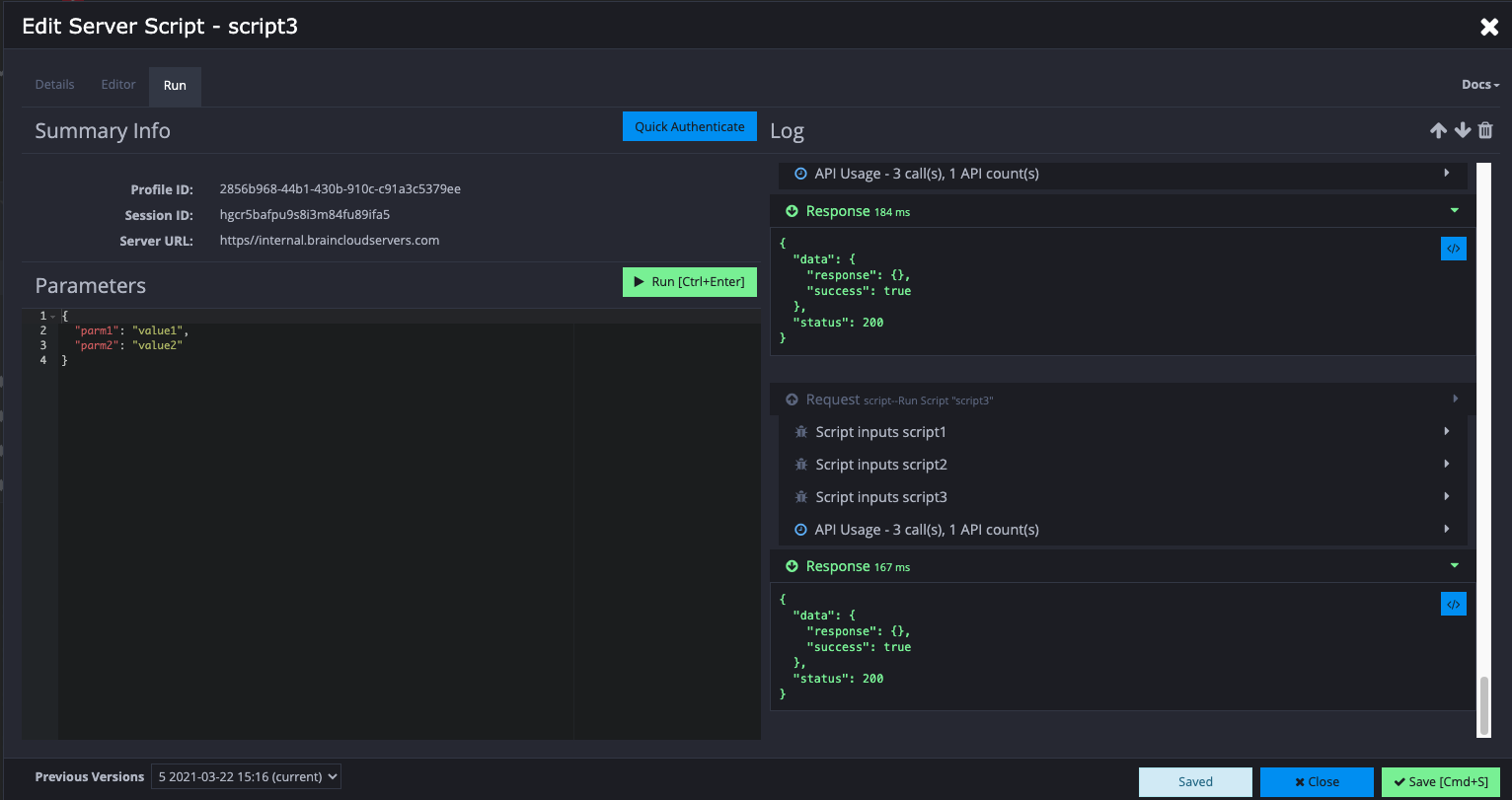 Note: brainCloud cloud code supports share script, which means you can include another script in a script by simply using the new bridge.include(“script_path/scriptname.ccjs”) operation.

For example - say you have this script:

You can include it from another cloud code script very simply:

Note: script path is a relative path, so if without specifying the path in your include operation, the system will only search the scripts in the same folder as the current script located in.